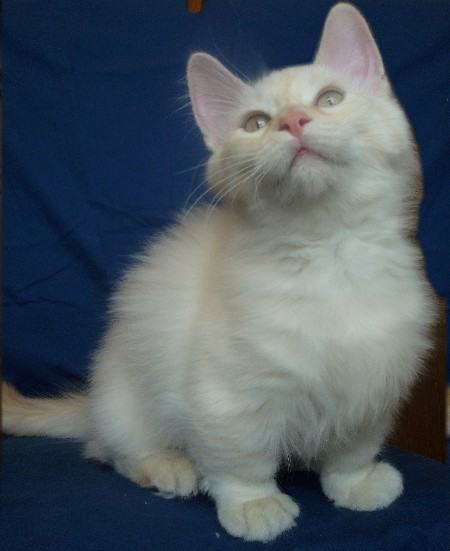 Aptly named, the Munchkin cat is a breed that is like no other. What distinguishes it from other cats are his short little stubby legs. Cute as can be, Munchkins are in no way handicapped by their short legs. Munchkin cats come in a rainbow of different colors, in both short and long-haired varieties. They are of medium size, weighing 5 to 9 pounds each. They have a long body and triangular ears.

The Munchkin Cat has an outgoing personality. She likes to play with children, and other cats and dogs. The munchkin is a highly intelligent breed who enjoys learning tricks. She is quite fast, considering those short legs she has. The Munchkin is still able to jump around like other cats do. It just takes her a few more jumps up to make it there. You may also see her standing up on her little hind legs to get a better look at something she likes. The Munchkin is also quite a hunter as she will chase mice or insects that she sees. Often referred to as a magpie, the Munchkin cat is named so because it likes to hide small shiny objects and save them to play with them later.

Named after the little people in The Wizard of Oz, the Munchkin cat came about by a natural genetic mutation. Exactly when it came about is a matter of debate. Cats with short legs were seen in England as early as the 1930’s, but disappeared during World War II. However, these cats were not named as such until 1983 when a Louisiana music teacher found 2 pregnant cats hiding in a pickup truck. She gave one of the cats away, and gave one of the kittens to her friend. Soon thereafter, there were short-legged cats popping up around town. After being contacted by one of the cat’s owners, the International Cat Association’s genetics committee determined that the Munchkin was a result of a dominant genetic mutation. However, it wasn’t until 2003 that the Munchkin was given the association’s full breed recognition. 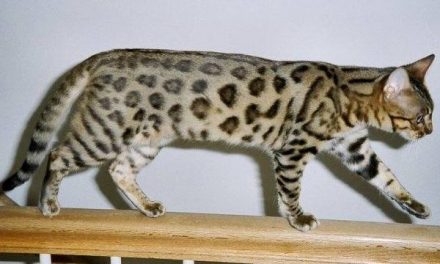